I like the way the Ubuntu Unity desktop works. However, a while ago I switched over to Gnome Shell to see what it was like, and it seemed good so I stuck around. But I’ve added a few extensions to it so it feels a bit more like the parts of the Unity experience that I liked. In light of the news from Canonical that they’ll be shipping the Gnome desktop in the next LTS in 2018, and in light of much hand-wringing from people who like Unity as much as I do about how they don’t want to lose the desktop they prefer, I thought I’d write down what I did, so others can try it too. 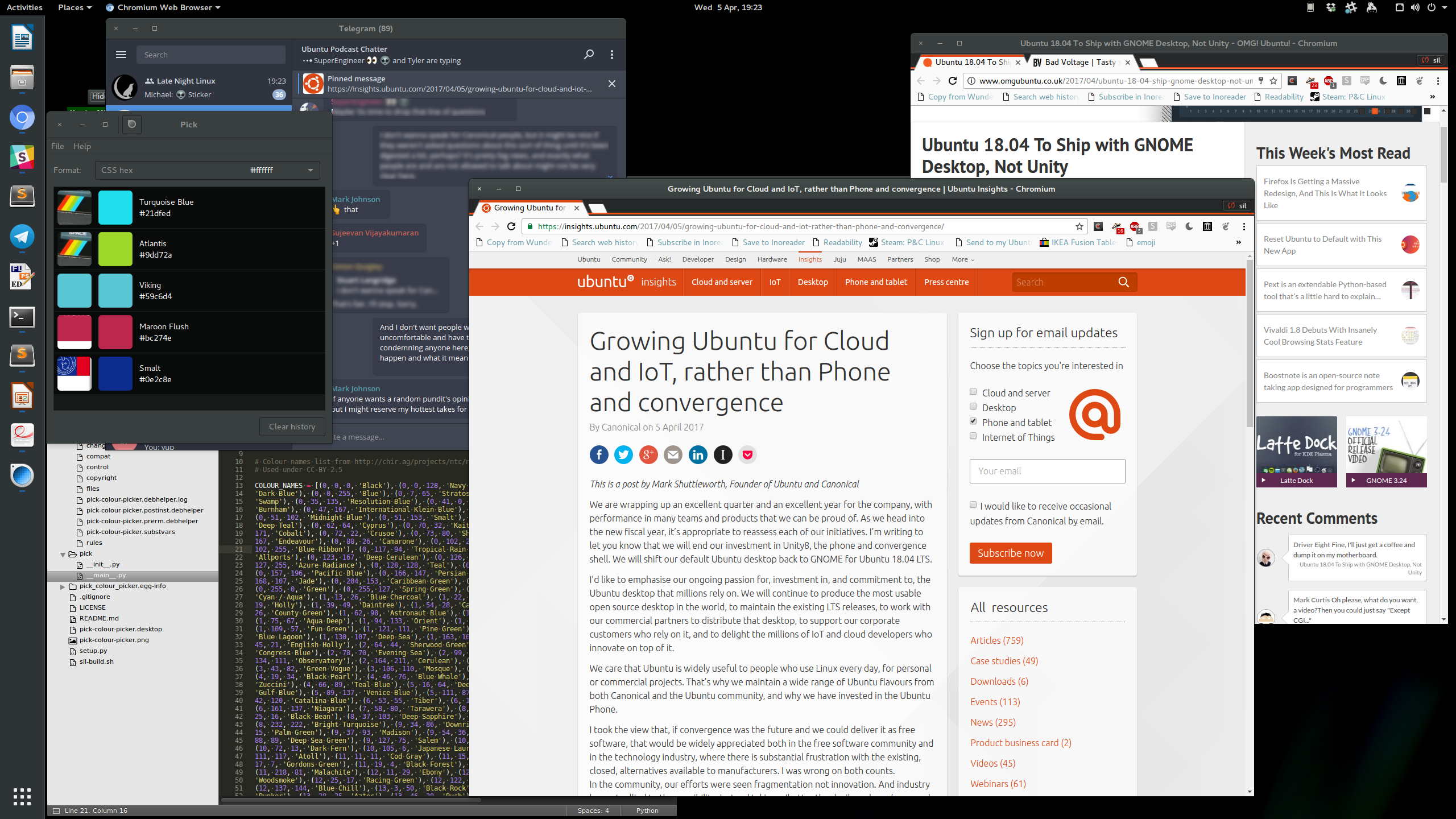 The main bit of customisation here is extensions. From the Gnome shell extensions web app, install Better Volume Indicator, Dash to Dock, No Topleft Hot Corner, and TopIcons Plus. That gives you the Launcher on the left, indicators in the top right, and a volume indicator that you can roll the mouse wheel on. Choose a theme; I use the stock Gnome theme, “Adwaita”, but I turned it to “dark mode” (in “Tweak Tool”, turn on “Global Dark Theme”), and set icons to “Ubuntu-mono-dark” in the same place.

Most of the stuff you’re familiar with in Unity actually carries through to Gnome Shell pretty much unchanged — they’re actually very similar, especially with the excellent Dash to Dock extension! One neat trick is that the window spread and the search have been combined; if you hit the Super key (the “Windows” key), it opens up the window spread and lets you search, so the normal way of launching an app by name (hit Super, type the name, hit Enter) is completely unchanged. Similarly, you can launch apps from the Launcher on the left with Super+1 or Super+2 and so on, just like Unity.

There are a whole bunch of other extensions to customise bits of how Gnome Shell works; if there are some that make it more like a Unity feature you like and I haven’t listed, I’d be happy to hear about them. Meanwhile, I’ve still got the feel I like, on the desktop I’ll be using. Hooray for that.