[41 is] the smallest integer whose reciprocal has a 5-digit repetend. That is a consequence of the fact that 41 is a factor of 99999. — Wikipedia

I’m forty-one. Apparently, according to Wikipedia, the US Navy Fleet Ballistic Missile nuclear submarines from the George Washington, Ethan Allen, Lafayette, James Madison, and Benjamin Franklin classes were nicknamed “41 for Freedom“. 41 for freedom. Maybe that’s not a bad motto for me, being 41. Do more for freedom. My freedom, my family’s freedom, my friends’ freedom, my city’s freedom, people I’ve never met and never will’s freedom. None of us are free if one of us is chained, and if you don’t say it’s wrong then that says it right. 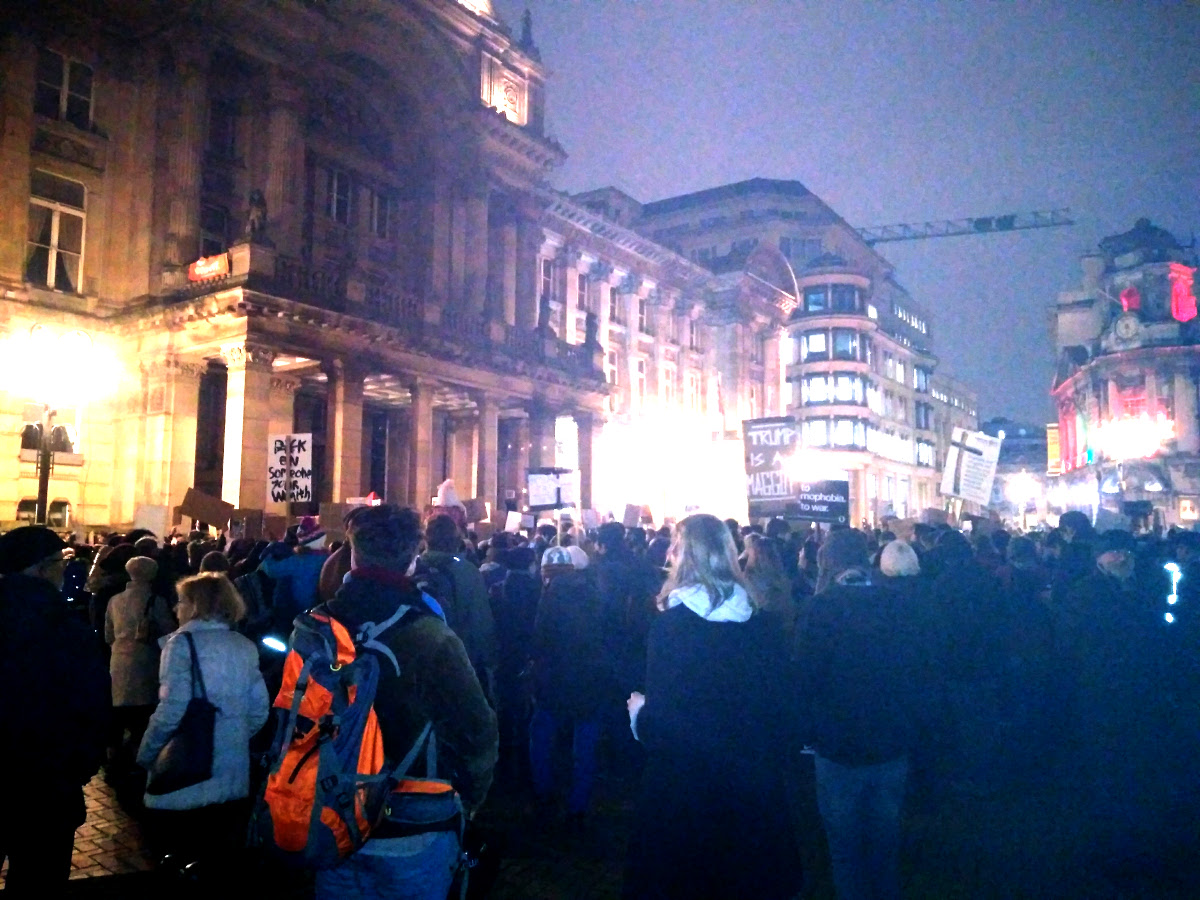 One is of Niamh, and her present to me for my birthday: a light box like the ones you get outside cinemas and churches and fast food places and we can put messages for one another on it. I’m hugely pleased with it. The other is of today’s anti-Trump demo in Victoria Square, at which Reverend David Butterworth, of the Methodist Church, said: “Whatever we can do to make this a more peaceful city and a more inclusive city, and to stand up and be counted, we must and should do it together. The only way that Donald Trump will win is if the good people of Birmingham, and of other cities that we’re twinned with like Chicago, stay silent.” People standing up, and a demonstration of what they’re standing up for. Not a bad way to start making me being 41 for freedom, perhaps.

Happy birthday to me. And for those of you less lucky than me today: I hope we can help.