The Labour Party have a new scheme: they’ll crowdsource their new advert. According to http://www.labour.org.uk/create-labours-next-campaign, “for those who want to extend their creative skills we are offering you the chance to produce a poster which we will release on digital adboards over the Easter weekend.”

So, here’s my poster. 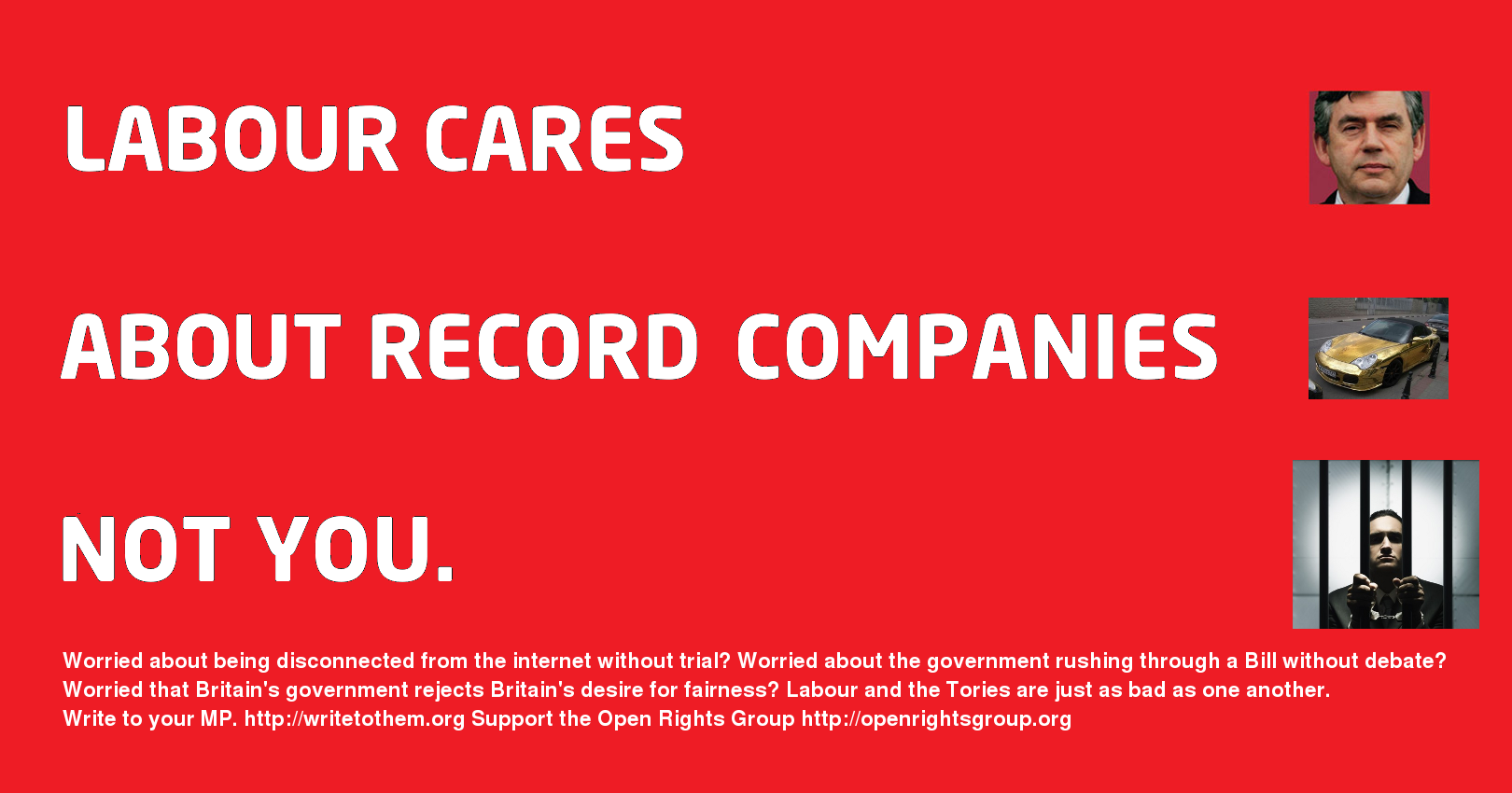 The text reads as follows:

Labour cares. (Picture of Gordon Brown)
About record companies. (Picture of gold-plated Porsche)
Not you. (Picture of a chap behind bars.) Worried about being disconnected from the internet without trial? Worried about the government rushing through a Bill without debate?
Worried that Britain’s government rejects Britain’s desire for fairness? Labour and the Tories are just as bad as one another.
Write to your MP. http://writetothem.org Support the Open Rights Group http://openrightsgroup.org

Get involved. Stand up for yourselves.